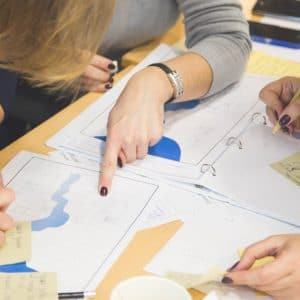 Strathcona County (Alberta) residents are filled with doubts and have asked the county to junk the proposed expansion of an RV resort.

According to a report, Sunchaser RV Resorts, which owns Half Moon Lake Campground and RV Resort (Sherwood Park, Alberta), has submitted a permit for development in Strathcona County in October. The plans show how the facility could nearly double its size.

Chrissy Payne-Raymond, the communications rep of the county’s Planning and Development Services (PDS), confirmed that the plan includes 396 fully-serviced RV sites, 32 glamping sites, and ten cabins. The expansion could also place campers nearer to the residents of the north and east/southeast sides of the property.

At the end of October, a notice was sent to a few residents of the area. These residents contacted the councilor from Ward 7, who scheduled a meeting to discuss the proposed project.

The main concern for people who live in the vicinity, in addition to the increase in traffic and noise, is the devastation of the surrounding area and the environment.

“The development by Sunchaser RV Resorts of Calgary will further degrade the hyper-eutrophic Half Moon Lake, which is already overused and heavily impacted,” explained Dr. Kevin Timoney, an ecologist, and resident representing his area. “The RV Park is inconsistent with eco-tourism.”

As part of the lengthy list of issues, Timoney said another problem is that residents’ property values haven’t even been assessed.

“There will be extra traffic, extra noise, and if they do this, they will have incredible habitat loss as that’s a beautiful mixed-wood boreal piece of property there and it would be destroyed by this and it falls within the Biosphere and that doesn’t look good because it falls within our Beaver Hills Policy area and our own planning documents,” Lawrence said.

“It doesn’t bode well if we’re trying to protect landscapes and encourage people to respect conservation and then allow something like this.”

Still, there would be guidelines to safeguard the local environment per PDS.

“Site work would be required to occur outside of critical nesting periods,” Panet-Raymond said. “The applicant would also be required to meet municipal, provincial and federal legislation with respect to the protection of wildlife habitats, lakes, and wetlands.”

Lawrence stated that the residents are calling on the county to take action.

“I’ve got dozens and dozens of letters coming in that I’m being CC’d on. We just want to get the information into the county, and then they can gather that information and listen to what residents have to say,” Lawrence said.

Panet-Raymond stated that all comments received or concerns regarding land use will be considered before the development authority decides.

Reservations for overnight excursions within the Pacific Rim National Park Reserve (British Columbia, Canada) begin this week. According to a report, online reservations for Green

Oliver (British Columbia, Canada) Mayor Martin Johansen fended off complaints from a resort owner who accused the planning department of deceiving the town council on