CCRVC Pre-Budget Consultation Submission in Advance of the 2019 Budget 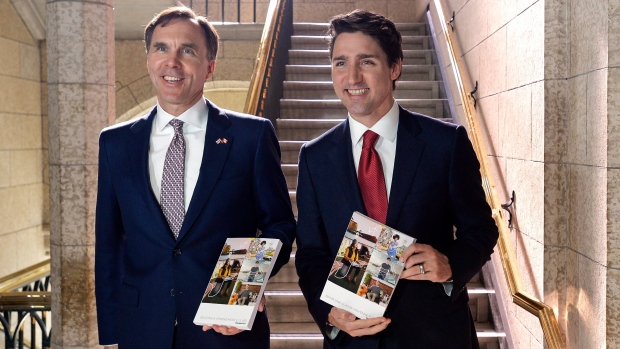 That the Federal Government amend the Income Act of Canada or by any other appropriate measure to clearly define, identify and recognize that income earned by small Private Campgrounds is to be considered as “active business income” for the purpose of determining their eligibility for the small business tax deduction.

CCRVC’s mission is to support the Canadian Camping and RV Industry, foster projects to enhance the camping experience for both Canadians and international visitors, work with federal decision makers to ensure a thriving Canadian tourism sector and to serve as Private Campground Owner’s Advocacy Voice on a National level.

As part of a $14.5-billion-dollar RV and Camping Industry, Private Campgrounds in Canada make a considerable contribution to our economy. In 2014, 5,768,650 or 22% of the total Canadian adult population in an economic survey were estimated to enjoy camping as a lifestyle. In the same survey, annual travel related expenditures totalled $2 billion, with another $850 million in non-travel related camping expenditures. The RV and Camping Industry creates over 60,420 full-time jobs for Canadians and generates $2.9 billion in total salary and wages.

Despite these robust financial figures which indicate that owning a Private Campground is a lucrative business and successful tourist destination in Canada, the classification of a Private Campground as being a Passive “Specified Investment Business” as opposed to an “Active Business” remains to be a considerable threat to our future.

Under the current Income Tax Act, the Small Business Tax Deduction is not available to a corporation that carries on as a Specified Investment Business if the business has a principal purpose of the business to earn income from real or immoveable property and employs LESS than 5 full time employees year-round.

We reference the CRA Bulletin released August 2016 and its arbitrary nature which describes how campgrounds may or may not be able to qualify for the small business tax deduction: http://www.cra-arc.gc.ca/nwsrm/stmnt/2016/st160823-eng.html

Although the current tax classification has remained unchanged in decades (1970’s), a significant number of campgrounds across Canada have recently been denied the Small Business Tax Deduction and re-assessed as an Investment Business in the past 24 months. All of the impacted campgrounds have been in business for several years and had previously qualified for the Small Business Tax Deduction by the Canada Revenue Agency indicating that CRA has unquestionably changed their interpretation of the rule.

It is unrealistic to expect Private Campgrounds who operate on average for only 152 days in a calendar year, to maintain seasonal workers throughout the off season when they are not in operation so that they meet the minimal threshold of 5 full time employees year-round and qualify for the SBD under the tax rule as written.

However, there is an exception whereby a Campground could qualify for the SBD if they can prove to the CRA that they provide a number of “services and activities” as summarized in the CRA communication.

Private Campgrounds generally do provide several of the services/activities which have been listed as deciding factors in determining if a “specified investment business” is deemed “active” by the CRA: laundromat, snack bar and/or restaurant, washroom, showers, swimming pool, beach area, playground, recreation centre, Wi-Fi, propane, organized activities, and many more but we have several examples where this factor is now being either disregarded or overlooked by the Canada Revenue Agency.

Furthermore, families that own small private campgrounds are extremely active in their business performing accounting, marketing, customer service and other daily activities throughout the year unlike any investment business. Additionally, the vast majority of private campgrounds have invested significant infrastructure costs including water treatment systems, sewage and septic systems, electrical infrastructure, amongst others, that have improved their land use to that of a campground which should be considered to be a dividing factor from the perception of some as just collecting “rent” from a “farmer’s field”.

We estimate that 75% of our 2347 private campgrounds employ less than five full-time employees and thus are required the tedious task to prove annually that they are indeed an Active Business to CRA. The current rules and unclear tax obligation has impacted the financial forecasting of hundreds of small family run private campgrounds across Canada who are now withholding hiring additional part-time employees, infrastructure improvements and capital expenditures until the current threat is removed.

Campgrounds are recreational facilities offering the travelling and vacationing public access to campsites on a defined overnight and seasonal basis. However, under the current tax rule, private campgrounds are unfairly included in the same tax category as say an Apartment Building which is inappropriate and makes little sense. An Apartment Building or a Mobile Home Park offers year-round permanent living whereas a Private Campground offers seasonal and temporary recreational stays to travelling consumers.

Additionally, Private Campgrounds do not charge “rent” as described in the definition of a “specified investment business” in the Income Tax Act, but rather overnight campsite and amenity/service fees to temporary and seasonal camping enthusiasts.

CRA’s unclear tax distinction is adversely affecting the Camping and RV industry’s growth prospects and the threat could lead to campground closings and of equal concern, restrict needed improvements for the industry to remain competitive and attract foreign visitors which may be no longer affordable.

This will harm the entire industry ultimately leading to: reduced number of campgrounds available for domestic and international tourism, loss of jobs throughout the industry, substantial loss of tax income to all levels of Government, and diminished economic benefits in small communities across the country. Currently the RV and Camping Industry needs more campgrounds and we cannot possibly afford to lose camp sites that are necessary to facilitate the growth in the RV and Camping Lifestyle.

It is becoming increasingly apparent that a tax classification change that would have family owned private campgrounds qualify for the SBD that provides a clear understanding and policy for the Canada Revenue Agency to follow is necessary to finally remove any and all ambiguity that currently exists.

We hereby ask that the House of Commons Standing Committee of Finance include the following recommendation in your Report to the Minister of Finance ensuring our Private Campgrounds remain financially viable and competitive with similar camping destinations located in the United States.

That the Federal Government amend the Income Act of Canada or by any other appropriate measure to clearly define, identify and recognize that income earned by small Private Campgrounds is to be considered as “active business income” for the purpose of determining their eligibility for the small business tax deduction.

Link to House of Commons Standing Committee on Finance – http://www.ourcommons.ca/Committees/en/FINA/StudyActivity?studyActivityId=10153612

Become a member of Canadian Camping and RV Council