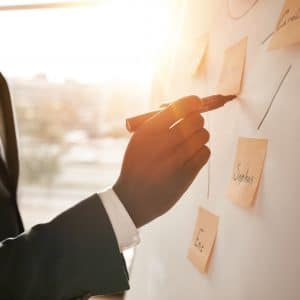 The Meaford council (Ontario) has approved a brand new Memorial Park master plan as a model for the next 25 years.

In the Committee of the Whole meeting on November 29, the report was presented by CAO Rob Armstrong recommending the council to endorse the new master plan as a reference document.

The report states that the master plan comprises vision, guiding principles, goals, and site layout. The report includes 94 projects with an estimated cost of CA$4.2 to CA$4.8 million.

A few of these projects involve the completion of the lower campground retaining wall improvements, rearranging the beachfront area and the lower and upper campground, and upgrading the trail and road network.

“One is upgrades to the roadways, the entrance, in particular, the other is some upgrades to the office of Memorial Park. The other projects won’t take place until 2023 or later,” Smith said.

The projects are categorized by priority, with the top priority ones starting in about two years. It could take 25 years for lower priority projects to begin after approval.

The report indicated that the projects and estimated costs are to be included in the future budgets and work plans, which will require council approval closer to when they will be executed.

In June of 2018, the council authorized staff to start planning the masterplan process of Memorial Park, which consisted of several policy reviews along with engineering assessments, landscape architecture, and meetings with residents.

In the end, the master plan calls for improvements and the maintenance and redevelopment of various areas of the park.

The master plan, as laid out in the report, states that “Memorial Park offers opportunities for inspiration, health, and recreational enjoyment on the shores of Georgian Bay while protecting the natural landscape through sustainable practices for residents, visitors, and future generations.”

The guiding principle for moving forward in the master plan indicated that there would be no further reductions in the acreage of green space, including camping areas, and no permanent or seasonal camping is permitted.

A few of the objectives for the park include recreation facilities being maintained and taking care of the woodlands so that they are maintained and protected where possible.

The master plan is an entire 25-year range due to the longevity of some parks features, such as playground equipment and road trails.

Deputy Mayor Shirley Keaveney voiced her support of the master plan acknowledging how well it was put together.

“I think we have a really good report before us today that is really specific and pertinent to Memorial Park,” Keaveney said.

Reservations for overnight excursions within the Pacific Rim National Park Reserve (British Columbia, Canada) begin this week. According to a report, online reservations for Green

Oliver (British Columbia, Canada) Mayor Martin Johansen fended off complaints from a resort owner who accused the planning department of deceiving the town council on