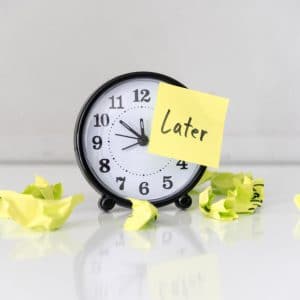 Director of Parks and Recreation Vicky Luttenberger and councilors had an extended discussion on North Huron, Ontario’s Blyth Campground Pilot Project, during the council’s special meeting on November 10.

Councilors voted in favor of a request from the Blyth BIA on April 6 to upgrade 25 campsites, including picnic tables and fire pits.

“Because this was an unknown project at the time the 2021 budget was prepared, staff were authorized to transfer $18,000 from general reserves to cover the costs (materials/supplies and staffing) of funding the project,” stated a report.

In the study, the financial burden was CA$71,000. Luttenberger said that the council could decide to end or decrease the number of services offered at the campground to reduce the burden on taxpayers.

Luttenberger’s report also referred to the KPMG report that recommended that the municipality stop operations of the campground and/or let go of it.

The director suggested that council members defer deciding until the Parks and Recreation Master Plan has been finalized.

Blyth Ward Councilor Kevin Falconer has raised a number of issues in the report, including his objection over the director’s report and how this pilot program was executed.

Falcon considered the purchase of the fire pits as extravagant and unnecessary. He said there was an offer to provide 25 wheel rims, “but instead we have laser-engraved fire pits worth $500 a piece”.

He also had a problem with the participant figures. He told the council that he went to the campground every day, and the numbers Luttenberger provided (438 bookings) were quite different from what he witnessed.

Luttenburger defended, saying that the figures could differ due to external factors such as those who use an online system for booking.

Falconer said that campers had left before anyone arrived to check for payment, claiming that staff wasn’t coming at a timely pace.

He also said that the figures did not match the report. The total cost comprised the whole camp and not just for the pilot project, so it wasn’t an accurate representation of the expense.

Deputy Reeve Trevor Seip was also disappointed in some of the specifics. He noted that a large portion of the costs mentioned in the report are just one-time expenses that will not affect the operating expenses moving forward.

Council decided to review the report for informational purposes only. They put off any decision until the finalization of the Parks and Recreation Master Plan—which will comprise an assessment of the current programming and facility needs.

Access to certain areas in the British Columbia (Canada) backcountry would likely remain restricted this summer as assessments are still ongoing. Picnic tables are buried

Earlier this week, the Nature Conservancy of Canada (NCC) commemorated Blue Monday by urging Canadians to take refuge in the outdoors as the latest wave