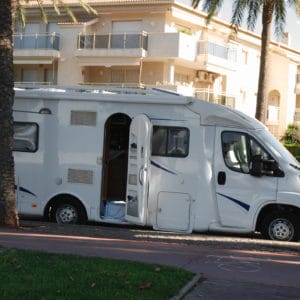 Black Diamond RV owners can only park their rigs on the driveway or street between April 1st and October 31, a report said.

The new rules stipulate that RVs cannot be left unattended for more than 48 hours during the winter months.

Residents of Willow Ridge and Riverwood, who had previously been prohibited from parking their RVs on their driveways, are happy with the new policy. The rest of Black Diamond’s RV-owners who were able to park their RVs in their driveways all year must park them somewhere else during winter.

Residents expressed concerns that RVs parked on driveways were blocking pedestrians and bicyclists’ views at a council hearing last week. Residents also wrote letters to the council expressing their dissatisfaction with the cost of storing their RVs off-site between November and March.

Joy Burt and Nick Burt sent a letter to the Town protesting the town’s bylaw that prohibited them from parking their RV in their driveway all year. Nick stated that they spent $5,000 to $6,000 to construct a parking area for their RV, which keeps it away from the sidewalk. Nick stated that the snowbirds usually leave for winter so he will wait until the bylaw is finalized before bringing his concerns to the council.

Burt’s letter states that “a significant number of residents, including ourselves, have spent substantial dollars on developing parking spaces for our RVs at home.”

Rod Ross, Black Diamond’s planner, stated that his goal in creating new rules regarding RV parking in the town was to balance safety, snow removal, and allow residents to use their property in the way they choose.

Coun. Ted Bain acknowledged that there were flaws in the plan but stated that it should be continued.

He stated, “All objections are valid and they are mine. But we have to start somewhere.”

Coun. Daryl Lalonde asked why the council was addressing the issue. He stated that requests to change RV parking for Willow Ridge residents and Riverwood residents had been rejected twice by the Municipal Planning Commission. Residents in Willow Ridge, Riverwood, and Riverwood continued to ignore the rules.

The motion was passed by a narrow 4-3 vote.