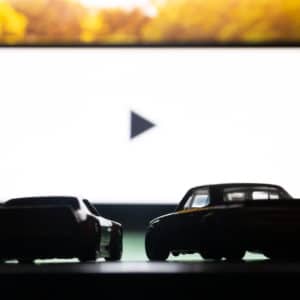 A request to rezone property on the city’s east from Future Urban Development and Direct Control was rejected unanimously by the City Council. The request was to open an outdoor theatre and drive-in theatre off of 43 Street South at 4303 and 4305 24 Avenue South, a report said.

Jamie Vandenberg and her father Brian Vandenberg had applied for the rezoning to open and operate the theatre and event center during the summer months on their property. They also own Skyline Travel Centre, which sells RVs, offers RV storage, and a nearby retail cannabis shop.

Tuesday’s last city council meeting saw a public hearing about the application. Nearly 30 letters were submitted, mostly expressing opposition to this application from residents concerned about noise, light, and traffic. A few neighbors also voiced their disapproval in person on Tuesday. Some people mainly involved with the local entertainment industry spoke in support of the drive-in movie theater and outdoor event center on Tuesday.

Coun. Blaine Hyggen wanted to know if there had been extensive communication with neighbors before bringing the proposal to the council for a public hearing.

Jamie Vandenberg acknowledged that there were limited opportunities for public engagement due to concerns about COVID-19 and because she was traveling in Mexico for two weeks this summer. Coun. Joe Mauro asked her father why he hadn’t done any public engagement before his daughter’s return, given his previous knowledge of the rezoning process.

Vandenberg stated that he had spoken with many people in the community in support of his family’s proposal. He said nearby neighbors opposed Vandenberg’s idea, even though Vandenberg and his daughter planned to have the screen facing northeast away from residential areas nearby to reduce the potential effects of light pollution.

He added that they would be operating the theatre using an FM radio system, which will only broadcast inside cars to address noise pollution concerns.

Vandenberg stated that many people opposed to his application were concerned about noise from Highway 4 at 43rd Street South. This noise is already a nuisance for other residents. Vandenberg stated to the council that he has no control over highway noise and suggested that those opposed to his application probably shouldn’t have purchased properties near a highway if this was their concern.

The city planning staff had earlier informed the council that the application was compliant with the South Saskatchewan Regional Plan and Municipal Development Plan. This could allow the council to approve the rezoning request.

The public hearing was closed after lengthy discussions and questions from councilors. After a supper break, Hyggen, Mauro, and others raised concerns about a lack of public participation , and that multiple uses were proposed for the site. The Vandenbergs did not provide a comprehensive plan.

Coun. Belinda Crowson agreed, saying she thought a drive-in cinema was a great idea. However, she was not sure about the outdoor event center component of the application. She expressed concerns about neighbors’ noise concerns and wanted more information on the Vandenbergs’ plans for managing the event center.

She said that she thinks with some tweaks and using it as a learning, “that with conversations in the community, with a better understanding of what exactly will happen there, and with more of a business plan; I believe the applicant will get the results they want because there are ways to mitigate some of the concerns that the public raised.”

The last council meeting of the term was concluded. If applicants wish to be reconsidered, they will need to start the application process again in the next term.