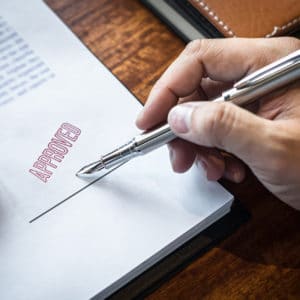 A development permit application was approved by the county’s municipal planning committee (MPC). It will allow five additional recreational vehicle (RV) sites for an existing campground in Forest Heights, northeast of Sundre, a report said.

This was accomplished by means of motion at the Aug. 5 commission meeting. It was held in person and via Zoom.

This parcel was totaled at 129 acres. 13 acres were used for the recreational green areas and campgrounds.

“The service will be the same as for the existing site. It includes water and power as well as a pump-out tank system to manage the sewage.

Numerous letters of opposition were received in regards to the application. Members heard concerns about approvals by Alberta Energy Regulator and the classification as a public facility.

“The addition of five additional RV sites to Forest Heights is going to worsen the situation by failing to follow the AER’s safety measures for the public.” One letter writer stated that Forest Heights should not be allowed to host more RV sites.

In response to objections, the applicant wrote a letter to the commission. It stated, in part that “we are currently classified as unrestricted county development and this would not change with five additional RV sites according to the AER.” According to the applicant, the AER approved five additional sites provided it is not within 500 meters of Shell’s sour-gas pipeline.

The motion was approved by the members of the Commission including some conditions such as implementing a rental lease/agreement, prohibition of ATVs in the campground facilities, and the restriction of the RV sites for public use or camping from November 1 through March 31.

The landowner and applicant must also contact the operators of the sour-gas pipeline that runs along the west boundary of the subject property to inform them about the expansion and to include the campsite units in the emergency response plan program.

In addition, a minimum setback of 500m shall be maintained, as per AER. This is between the campsite sites and the Level 3 pipeline for sour gas located along the western boundary of the subject property.

The MPC is composed of elected public members and county councilors. It is also the municipality’s approving body.